JPWC was the first agency in Edmonton to implement the Housing First Program in 2008 and, in 2009 Homeward Trust and The City of Edmonton adopted the program as part of their ten-year plan to end homelessness.
As a partner to Homeward Trust and The City of Edmonton JPWC has housed over 1,100 individuals that have survived chronic homelessness, while also owning and operating Permanent Supportive Housing (PSH) complex, Canora Place.

Canora Place is home to 30 women and men who have experienced chronic homelessness, and often live with concurrent disorders that can make housing retention difficult. PSH enables these individuals to live independently, while also having support on-site for concerns like guest management.

JPWC is part of The Edmonton Non-Profit Housing Provider Working Group that has a plan to build 5000 new units of affordable housing in the next five years, with 900 of those being PSH. JPWC is currently in the process of developing three buildings with 12 independent units of Permanent Supportive Housing in each which JPWC based after the Eden Alternative Model. The Eden Alternative Model centers itself around the importance of relationships in an individuals life, and smaller numbers living together to build community. Because this unique model of permanent supportive housing enables JPWC to use one city lot for 12 units, JPWC believes that this type of housing is replicable in most communities across Edmonton.

Contribute to cultivating wellness in our communities. 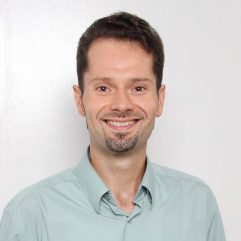 Do you have questions?

Tony is our program coordinator if you are looking to connect with any of our programs or if you are interested in volunteering contact him today at 780-481-4001 or tonyh@jpwc.ca!